Spring is just here, your vegetable garden is barely finished and your flowers are planted and it is already time to start weeding. Rather than weeding, we would rather go to other, more interesting tasks!

Fortunately, the best options for weed control are natural solutions. Thus, we avoid chemicals and expenses.

So here are 8 alternatives that will kill weeds and are proven by professional gardeners. You can even prepare the mixtures with ingredients that you have at home. They are also safe for your vegetable garden, your flowers and your plants.

WHITE VINEGAR: A quick and very effective way to kill weeds is to sprinkle them or spray them with white vinegar. Be careful not to spray your flowers. A single spray could hurt them or even kill them. Focus on weeds and try to focus on their roots.

CORN FLOUR: Would you like to stop the growth of weeds or prevent it even before it begins to grow? Corn flour proteins will prevent all weeds from growing. You could also sprinkle the corn flour on the growing weeds, the flour will stop them growing and will kill them.

NEWSPAPER: This technique is called "choking". The principle is to stifle weeds by literally covering them with newspaper so that they no longer have any light. Without sunlight, weeds will die slowly, but surely. Heat and lack of air will also help destroy these unwanted weeds. You could also wet some grocery flyers and place them on the weeds. A nice way to use the paper before putting it in the bin.

BOILING WATER: Probably the easiest way to get rid of weeds. Boil some water and pour it directly onto the weeds. They will have no chance of surviving this terrible treatment.

Can Balcioglu via Dollar Photo Club

HOMEMADE WEED KILLER: Weed killers found in stores have been mass-produced since the 1970s. You can imagine the quality of the products when you think of chemicals… In order to avoid flooding your garden with these chemicals, where our children and pets spend most of their day in summer, here is an equally effective homemade alternative with few chemicals involved.

In a bucket, mix equally white vinegar, table salt, and dish soap. The white vinegar and salt will destroy the weeds, while the dish soap will allow the solution to cling to the herbs. Add the mixture to a spray bottle and spray the herbs.

MULCH: Somewhat the same principle as newspaper but much more aesthetic, mulch stifles weeds. Although mulch does not harm plants, it is also not 100% effective for weeds, you will only have fewer weeds to be worried about.

BAKING SODA: For 5 or 6 years, you learn to rediscover baking soda! It's fabulous for a bunch of stuff! And even to kill weeds! Add 1 tbsp. on each weed, baking soda should cover the entire plant, including its foliage. A good technique to eliminate weeds in hidden and tiny spots!

TABLE SALT: Another very effective method is to sprinkle the weeds with salt, or to prepare a mixture of water and salt and spray this salt water on the weeds. A simple, natural and very cheap way to kill all these weeds around the house without killing your plants and flowers that makes your home so pretty. 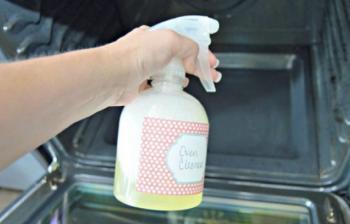 Make your oven shine with this non-abrasive cleaning formula! 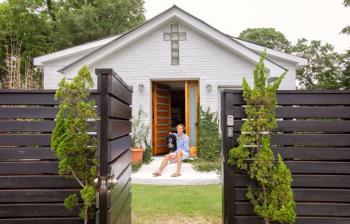 See how this man transformed this old church into a lovely residence! 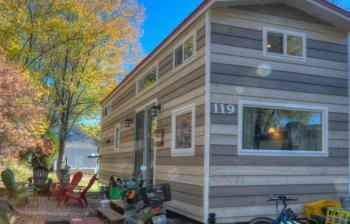 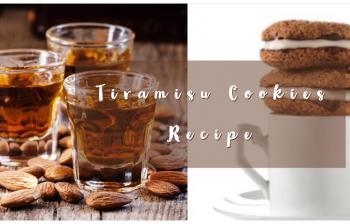 Try this Tiramisu Cookies recipe during the cold winter days. 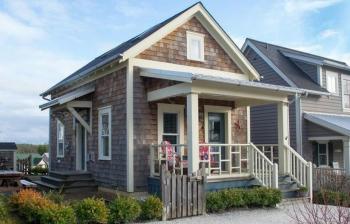 We all want to leave in this little cottage! 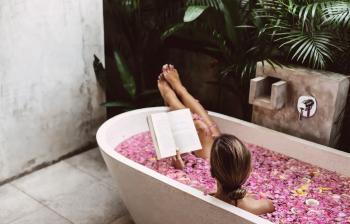 A hot bath is as effective as running in terms of burnt calories! 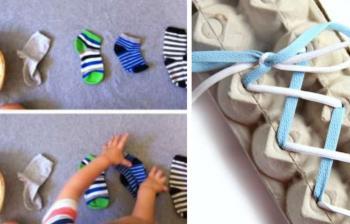 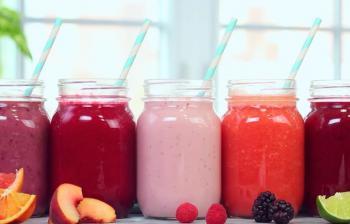 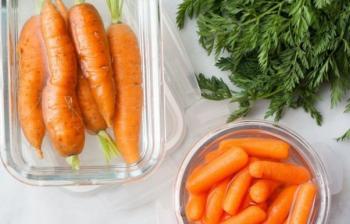 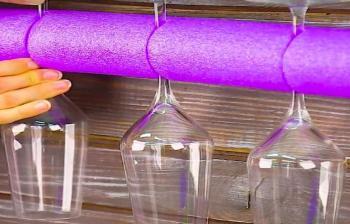 She buys pool noodles, but does not use them for the pool, her idea is awesome 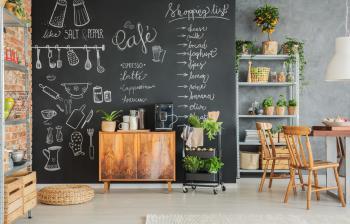 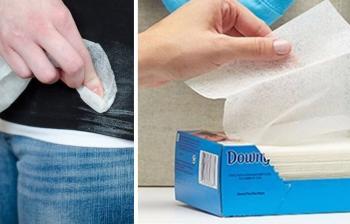 Here are 12 amazing ways to use dryer sheets. 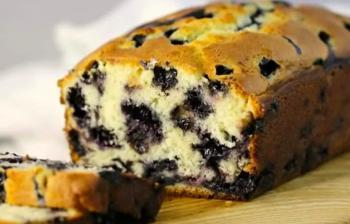 An easy recipe for a really moist blueberry bread! 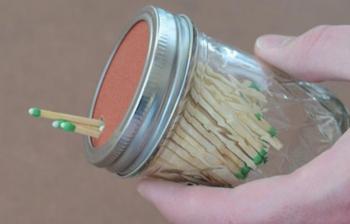 Here are 15 essential camping tips that will make your camping even more enjoyable. 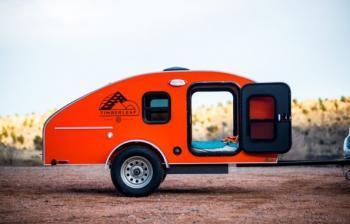 This trailer seems very small, but it hides a couple of secrets that make it wonderful.